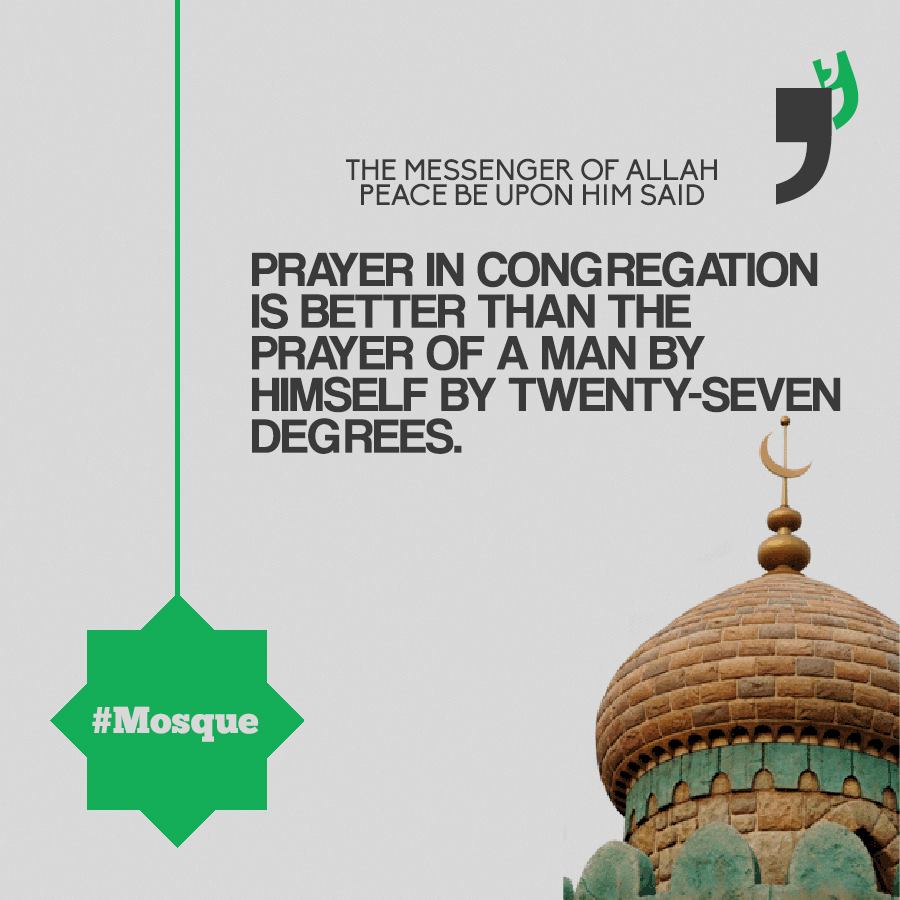 Abu Hurairah (May Allah be pleased with him) reported: A blind man came to the Messenger of Allah (sallallaahu ’alayhi wa sallam) and said: “O Messenger of Allah! I have no one to guide me to the mosque.” He, therefore, sought his permission to perform Salat (prayer) in his house. He (sallallaahu ’alayhi wa sallam) granted him permission. When the man turned away, he called him back, and said, “Do you hear the Adhan (call to prayer)?” He replied in the affirmative. The Messenger of Allah (sallallaahu ’alayhi wa sallam) then directed him to respond to it. [Muslim]. The Prophet of Allah peace be upon him said: “He who prays Isha’ in Jama’ah [congregation] is as if he has prayed for half the night. As to him who (also) prays Fajr in congregation, it is as if he has prayed all night.”