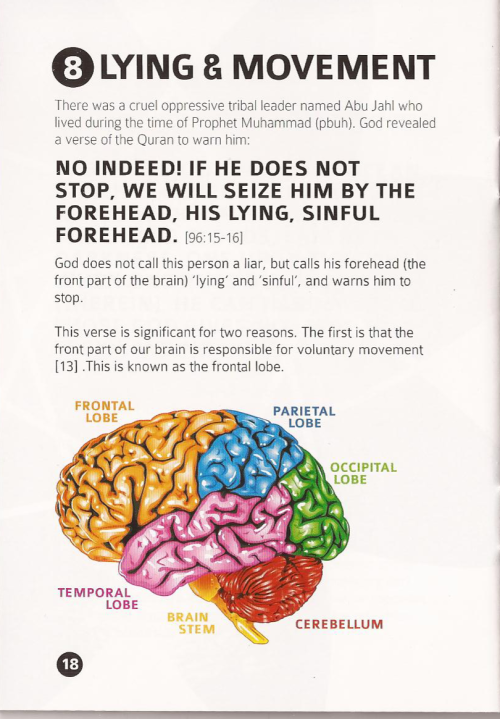 Lying and Movement There was a cruel oppressive tribal leader named Abu Jahl who lived during the time of Prophet Muhammad (pbuh). God revealed a verse of the Quran to warn him: No

God does not call this person a liar, but calls his forehead (the front part of the brain) ‘lying’ and ‘sinful’, and warns him to stop. This verse is significant for two reasons. The first is that the front part of our brain is responsible for voluntary movement [14] .This is known as the frontal lobe.
Source: http://islammeetsorthodoxy.tumblr.com/post/69197068225/in-the-midst-of-winter-we-shall-show-them-our

Like 1
Liked Liked
No Comments
« Beware! Whoever is cruel » Our Prophets in Islam